The war that tore apart Bosnia in 1992-95 was Europe’s deadliest and most vicious since the time of the Nazis.

It was a war that returned “ethnic cleansing” to the world’s vernacular, a war that claimed 100,000 lives.

Nearly 80 percent of Americans responding to a nationwide survey in January 1993 gave the wrong answer, or said they did not know, which ethnic group had conquered most of Bosnia and had encircled the capital, Sarajevo. Only one respondent in five in that survey correctly identified the Serbs.

But early June 1995 brought a rare occasion when Americans did turn sustained attention to Bosnia.

O’Grady, after the rescue

And that, as I note in my latest book, 1995: The Year the Future Began, was when Captain Scott F. O’Grady, a U.S. Air Force pilot, was shot down over western Bosnia on a routine surveillance mission, enforcing the NATO no-fly zone over Bosnia.

At first, it was unclear whether O’Grady, 29, had survived the destruction of his F-16C fighter jet, which a Soviet-made Serb surface-to-air missile blasted from the sky on June 2, 1995.

Soon, intercepted radio transmissions indicated that the Serbs had found O’Grady’s parachute and were looking for the downed pilot.

O’Grady later likened himself to a “scared little bunny rabbit,” and said:

“Most of the time, my face was in the dirt, just praying that no one would see me.”

He  eluded his would-be Serb captors, moving stealthily at night, sleeping little, drinking rainwater, and eating plants and insects after his rations ran out.

Early on June 8, 1995, a voice transmission from his radio, in his code name “Basher 52,” was picked up by a squadron mate flying overhead. As I discuss in 1995, a massive rescue mission soon was set in motion from the USS Kearsarge, an amphibious assault ship in the Adriatic Sea. Forty warplanes and support aircraft, including Navy CH-53E Super Stallions assault helicopters with Marines aboard, were sent to find O’Grady, deep in Serb-controlled territory.

As the aircraft approached, O’Grady set off an emergency flare and its yellow smoke guided the Super Stallions to a clearing he had selected. He darted from a hiding place with pistol in hand and fear in his eyes.

“I’m ready to get the hell out of here,” O’Grady shouted as he was pulled aboard one the helicopters.

They were on the ground only a few minutes. Within an hour or so, O’Grady was on the Kearsarge, receiving treatment for minor injuries and dehydration.

Word of his rescue reached Washington around 1 in the morning on June 8. President Bill Clinton and his national security adviser, Anthony Lake, broke out cigars to celebrate the news, lighting up on the Truman balcony at the White House. (Lake later recalled that they smoked “very quietly,” so as not to awaken the First Lady, Hillary Rodham Clinton.)

For Clinton, O’Grady’s rescue was “a bit of positive news from the protracted Bosnian debate, in which critics have increasingly accused the Administration of policy drift and failure,” as the New York Times observed.

Later, Clinton placed a call to O’Grady, telling the rescued pilot, “The country was on pins and needles, but you knew what you were doing.

“The whole country is elated.”

Public interest in Bosnia did surge, if for a while. The Times-Mirror Center for the People and the Press reported that 22 percent of respondents to its survey released in mid-June 1995 said they followed news about the conflict “very closely,” compared to just 11 percent three months earlier. The O’Grady case was an important contributing factor, the polling organization said.

Clinton, though, still faced criticism by Democrats and Republicans alike for failing to retaliate against the Serbs for downing a U.S. warplane, as I note in 1995. Disarray and confusion seemed to characterize the administration’s policy on Bosnia. Then-U.S. Senator John Kerry, for example, described Clinton’s approach to Bosnia as “a muddle-through, wish and hope policy.”

Clinton was loath to commit U.S. ground forces to the Balkans and, from the early days of his presidency, had deferred to European leaders to seek a negotiated solution to the war. Despite several attempts, the Europeans failed.

What finally stirred the Clinton administration was the massacre in July 1995 at the UN safe haven of Srebrenica, where some 8,000 Muslim men and boys were killed by Bosnian Serb forces that overran the town. An uproar about Clinton’s dithering arose from across the U.S. political spectrum, forcing his administration to take the initiative in ending the war. 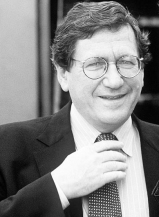 Weeks of shuttle diplomacy in the Summer and Fall 1995, led by an assistant U.S. secretary of state named Richard C. Holbrooke, gave rise to U.S.-sponsored negotiations in November 1995 at Wright-Patterson Air Force Base near Dayton, Ohio.

The talks, which brought together the leaders of Bosnia, Croatia, and Serbia, lasted three weeks and, as I discuss in 1995, at almost the final moment produced an agreement to end the war.

Three years after his rescue, O’Grady retired from the military and began a career as a motivational speaker. He occasionally has made headlines, as when he took legal action over a 2001 film, Behind Enemy Lines, that seemed to have been based on his ordeal in Bosnia in 1995. He also sued over a Discovery Channel docudrama that was more clearly drawn from his downing and rescue.

Neither the film nor the docudrama was made with his permission, O’Grady charged. And he objected to the portrayal in Behind Enemy Lines of a foul-mouthed pilot who disregarded orders.

Both cases were settled privately.

Media myth as cliché: ‘The War of the Worlds’ radio ‘panic’

‘Television made all the difference’ in McCarthy’s fall, Watergate? Hardly