Former President Bill Clinton has been making the rounds of late, promoting a co-authored novel while renewing controversy about his furtive liaison with Monica Lewinsky that began at the White House in 1995.

His remarks early this month on the NBC Today show made clear that Clinton doesn’t get it, doesn’t grasp how his conduct with Lewinsky — who came to Washington as an unpaid, 22-year-old White House intern in 1995 — is increasingly regarded as exploitative, given the age and power differentials in their relationship. 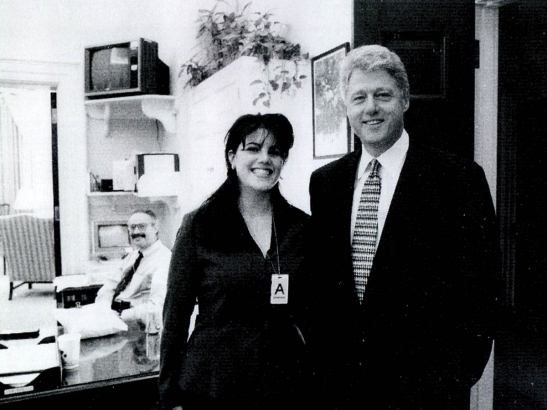 As Lewinsky, who is 44, wrote recently in Vanity Fair:

“I’m beginning (just beginning) to consider the implications of the power differentials that were so vast between a president and a White House intern. I’m beginning to entertain the notion that in such a circumstance the idea of consent might well be rendered moot. (Although power imbalances—and the ability to abuse them—do exist even when the sex has been consensual.)”

On the Today show, Clinton demonstrated that he still blithely dissembles and turned testy when the interviewer, Craig Melvin, asked whether he felt differently now about the Lewinsky affair.

“I felt terrible then,” Clinton said, “and I came to grips with it.”

Melvin prodded him a bit and Clinton retorted, saying:

“You, typically, have ignored gaping facts in describing this. And I bet you don’t even know them.”

The facts of the scandal, he says?

Here are fact-based questions about the scandal that Clinton could be asked — scandal-pertinent questions that he probably would never sit for:

Q: Isn’t it a fact, Mr. President, that for 16 months you carried on an intermittent, clandestine affair at the White House with a female staff member, Monica Lewinsky, who was 27 years your junior?

Q: And isn’t true, sir, that you denied — publicly, as well as under oath — having had an intimate relationship with Ms. Lewinsky, to whom you referred as “that woman” on at least one occasion?

Q: And isn’t it true, Mr. President, that you told an aide, Sidney Blumenthal, that Monica Lewinsky was an unstable stalker, a mischaracterization that you knew Blumenthal was likely to repeat?

Q: Isn’t it so, Mr. President, that a federal judge in April 1999 found you in contempt for having testified falsely in a deposition 15 months before, in which you denied having had sexual relations with Lewinsky? Didn’t the judge, who presided at the deposition, find that you had given “false, misleading and evasive answers that were designed to obstruct the judicial process”?

Q: Isn’t it true, Mr. President, that your license to practice law in Arkansas was suspended for five years, as a consequence of the scandal?

Q: Isn’t it the case, sir, that your affair with Monica Lewinsky caused her great pain and hardship, that it disrupted if not ruined her life, while you became a multimillionaire? As such, why would you not apologize to her?

It would have made for riveting TV, had Melvin known enough about the Clinton-Lewinsky scandal to have put those questions to the former president. No one ever has, at least not publicly. Such a reckoning is long overdue.

12 comments on “The Clinton interview we’d like to see”

Media myth as cliché: ‘The War of the Worlds’ radio ‘panic’

‘Television made all the difference’ in McCarthy’s fall, Watergate? Hardly